Dennis (“Denny”) Leon Mangold peacefully passed away on Friday, May 22nd, 2020 in Kalispell.

Denny was born in Choteau on July 7th, 1953, to Leon and LaVerne (Takala) Mangold. His childhood was spent in Great Falls, where he attended CM Russell High School and played basketball. He loved fishing, hiking, raising Labradors and hunting. He spent much of his early years at the family farm near Fairfield and the cabin in Sun River Canyon. He loved to share stories about the massive bull elk he shot (just shy of entry into Boone and Crockett) and the countless rainbow and brown trout that he caught. He even managed to summit Castle Reef Mountain, quite a feat.

After graduating high school, Denny married Debbie Eccleston in 1976 and had a daughter, Brooke, and son, Shane, who were the apples of his eyes. They spent many years in the Flathead Valley, sharing the love of the outdoors and taking rides through Glacier National Park. Denny worked at the Columbia Falls Aluminum Co. for 28 years before it closed, after which he furthered his education by attending classes at Flathead Valley Community College. Denny retired in 2015 to fill his days with life and laughter.

Denny’s great passions in life were his kids, traveling, and music. He took many trips across the country, and some of his fondest memories were his trips to Washington State, Utah, Colorado, California, Michigan and Alaska. His other great passion was music, especially attending concerts. Just name the band, and he probably saw them.

His last years were spent in Kalispell with his partner Ginger Nadeau where they spent many wonderful years in retirement surrounded by extended family, which included many children and grandchildren.

Denny will be remembered for his generous spirit and sense of humor. He was a beloved and true friend to all. Peace and Love Dad.

In lieu of flowers, the family asks that donations in honor of Denny be made to Brooke or Shane Mangold, PO Box 3016, Columbia Falls, MT 59912 or the charity of your choice. A celebration of his life is forthcoming later in the summer. 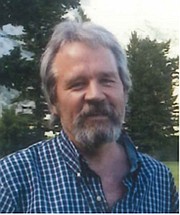